0628: AHCO, East End, Tamaqua Rescue and Tamaqua EMS, respond to the intersection of East Elm and Schuylkill Ave for reported accident with injuries, reported to be into a pole with wires down.

Pics and video compliments of Tamaquaarea.com. 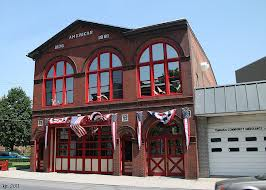